Food labelling and checkout sweeties – our mums have their say

The Government has announced it is going to introduce a voluntary traffic light labelling system for foods in supermarkets to help people make healthier food choices.  An Asda representative was interviewed on Radio 4 about the scheme and was taken to task over their 'guilty' checkouts (filled with sweet and treats).
We wanted to know from our MumPanel how much notice they take of food labelling and whether a traffic light system would help them make healthier food choices for their family? And we wanted to know their views on sweets and treats at the checkout…

"I like the traffic light system on foods as they help me make a healthier choice. I think they're especially helpful on ready meals which I ate a lot of when OH went back to work from paternity leave as they were easier when baby would be crying, which always seemed to be when I started to make food. I try to eat healthy more for my baby breastfeeding than for myself."

"A standardised traffic light system is a great idea. Quite a few foods do have them already however like a lot of people have been saying it can be confusing as different brands and different supermarkets present their sytems in different ways. Sometimes per portion, half portion, pack, 100g. Who really has time in the supermarket shop to try and work out each individual items nutritional value? I know i don't with my two kids! Standardising it will make everyone’s life easier and clearer, especially for people lacking in time and those who struggle with English too. I believe it'll also be a great incentive to get kids more involved with healthy choices, seeing if they can pick out the 'green' items etc"


"I hate sweets at checkouts, I'm happy for my children to have a balanced diet including sweets but having them at the checkout makes them too prominent and tempting for children and puts you in a position where it is hard to say no!"

"It doesn't bother me if there are sweets next to the checkout. I just say no to my daughter, sometimes she has a paddy about it but I would rather she did that than end up overweight and with rotten teeth."

If you'd like to pose a question to the 6,000 mums on our MumPanel then drop us a line for more information.

Posted by MumPanel team at 09:02 No comments:

What wins on the school run - style or practicality?

I think we can officially say that autumn is here. I’m pretty sure it is because I’ve got soaked on the school run every day for the last week. And as all our team are mums we’ve been sharing insight about what trends we’ve spotted in the playground. We also asked our MumPanel what they wear for the school run and whether style or practicality wins.

Lynne, our MD, was the first to spot that Hunter Wellies have made the transition from festival favourite to playground staple (check out this fab purple pair from Out of the City). Some of our mums told us that while their school run outfit needs to be practical they also don’t want to leave all sense of style behind. 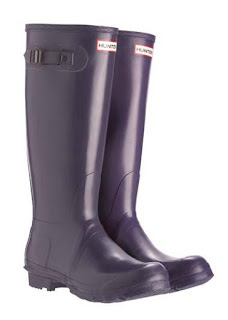 But because MumPanel mums are so diverse we knew fashion wouldn’t be the whole story. Many of our mums our budget conscious, with them telling us fashion doesn’t come into the school run and they wouldn’t fork out for an expensive pair of wellies for themselves as they need to kit out their kids.  They also want value (and that doesn’t always mean the cheapest option ) – it’s worth remembering that mums will pay more for something if they know it will last.

What did become apparent from talking to our mums is that they want things that make their life easier – whether that’s wellies that fit around our less than slimline calves or boots that easily pull on so you don’t have to wrestle with shoes and kids. This is where opinion pods (our focus groups) can prove helpful when you are developing new products – we listen to what mums are saying and the tiniest insight can unlock a potentially life changing product.

If you’d like to know more about targeting and connecting with mums then contact us.
Posted by MumPanel team at 04:01 No comments: